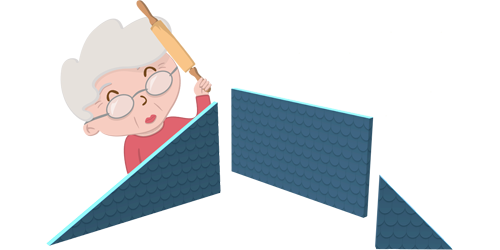 Adorning the edges of many buildings in theme parks everywhere are dainty scallops, but yet that option has never been available in RCT3! So, there you have it: Mabel's Scallops covers every angle you can possibly create with the gables. That versatility accumulates to a grand total of 46 pieces, including some special trim for transitioning vertically from the scallops to another wall. Click the image to download. 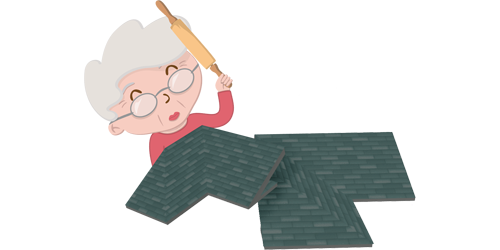 She's finally here! Mabel is one crazy lady, and the first set in her series are these extremely versatile roofs. Coming in at 110 pieces, these roofs are both diagonal and straight; and they come 1h, 2h, 3h, 4h, and 6h variations. The 2h, 4h, and 6h sizes are quarter tile for maximum versatility. Click the image to download. 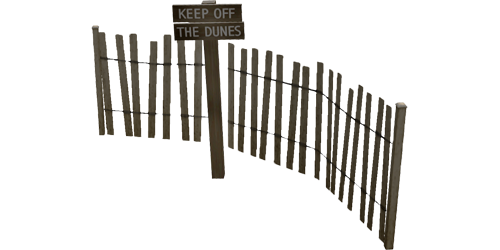 This set is the culmination of my efforts to allow the building of the most realistic beaches possible in RCT3. There are sixty-eight pieces total, including a handful of tall dune grasses. Also within the set are a few pieces with the fences distressed or mildly tipping over. Even if you do not fancy a beach, the set is still useful for western themes and other small details around parks. Click the image to download. 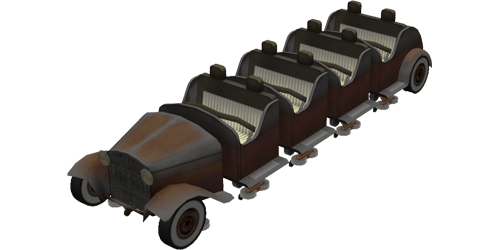 Tetanus is a deviation from a design I am planning to use in a project of mine. I removed a few of the personal details and prepped it for a public release. The car's overall shape was inspired by a 1932 three-window Ford, but I had to tweak the shape to work as a roller coaster car. There are two different versions of the car, one with over-the-shoulder restraints and one with lap bars. Similar to Peril Miner, a version with the cars running on the PEP team's custom track is also included. Click the image to download. 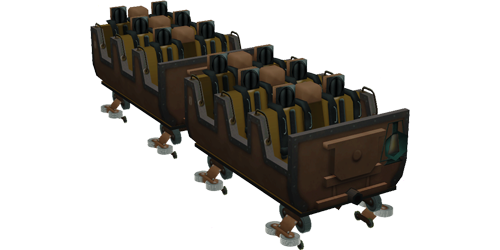 Peril Miner is based on the mine carts from the Indiana Jones and the Temple of Peril attraction at Disneyland Paris. Interestingly, the attraction was modified at one point to run with the cars facing backwards. So, by request, I included a reverse version. Oddly enough, the camera is much smoother on the reverse version and offers a surprisingly pleasant experience. Also included is a version with the cars running on the PEP team's custom track. Click the image to download. 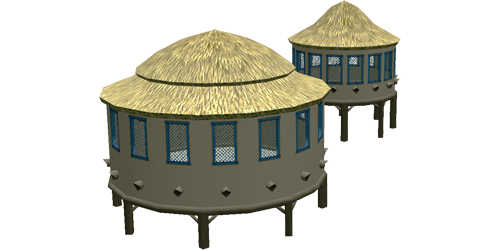 Arid Outpost was a set I conjured up one evening on a brainstorm. It took many different shapes over the period of a year, and being that there were many possibilities with the vertical aspect of its building style, I really could not decide what I wanted from the set. I ended up designing a desert-like hut, breaking it down into the basic pieces I liked best, and giving it a construction style similar to my other set, Shack. What you see is the final result. Click the image to download. 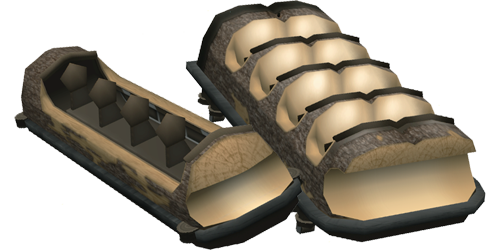 Flume is based on the logs from the popular Splash Mountain attractions at three of the Walt Disney parks. The larger log is a hybrid of the Tokyo and Orlando versions, whereas the smaller log is based on the Anaheim version but with more of a traditional flume log in mind. Included in the download is a set called "Drenched" that includes splashes for the logs and other fun ride event accessories. There is also a version included with the logs on the corkscrew track, but the splashes in Drenched may not always align with the corkscrew version. Click the image to download. 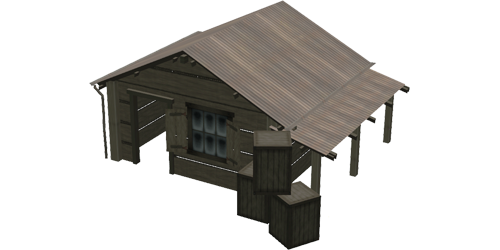 The original Shack set was my very first set, and needless to say, it was not very good. Since then, I have updated it with the version you see now. After trying to build with the set in a park of my own, I have come to realize the set can be a little tedious since many of the pieces are broken up. However, do not let this stop you from trying this set out in RCT3! It can be very useful for the small, quaint shacks it was made for. Click the image to download. 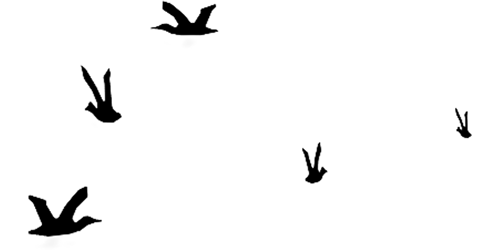 Birds is a small set that was inspired by a painting of ravens surrounding the main tower of a cathedral at sunset. I loved the look, so I tried to transfer that appearance to the game as best I could. The result was several clusters of bird silhouettes. Because they are only silhouettes, they can double as bats if placed in a darker setting. Since the birds are not animated, I only recommend them for photos. Videos of hovering birds do not look that great! Click the image to download. 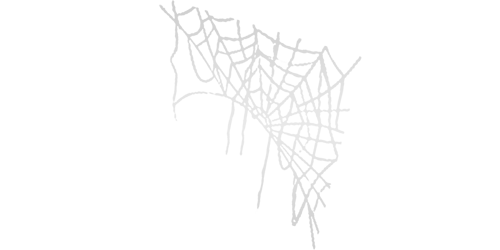 Cobwebs is an elaborate set of recolorable wall hangings that can be placed anywhere. They suit everything from fall festivals to dark rides. The pieces are available in three different angles including "aslant" which is similar to a diagonal alignment but it only stretches across half the tile. Several sizes are included in four different texture variations adding up to a total of sixty pieces. Click the image to download.
Powered by